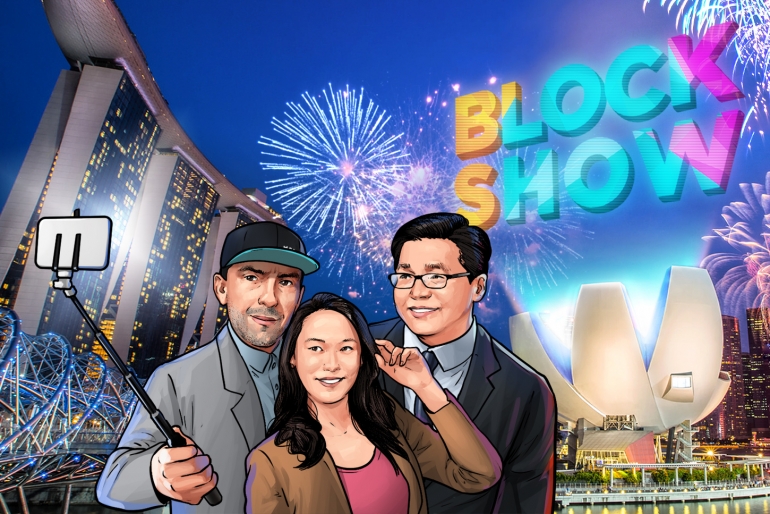 BlockShow is bringing Asia Blockchain Week to Singapore. Audiences are all set to be enthralled by over 100 speakers between November 27 – December 1, 2018 at Marina Bay Sands Luxury Hotel. The first ever organised by BlockShow, the Asia Blockchain Week brings together a diverse array of investors, entrepreneurs, developers, pundits and experts together. A five day networking opportunity but also a great place to listen to insights and discover where Blockchain is headed and how it is reshaping our world.

A conference that defines Blockchain

Blockchain isn’t just a passing fad, it is a technology whose time has come. BlockShow has been highlighting the importance of this since 2017. In the following year, BlockShow capitalised on their work and helped welcome millions into the Blockchain fold. Now the writing is clear on the wall, it is time to help Blockchain mature. This can only happen when people come together and share their own unique experiences and values. As Venturebeat calls BlockShow, “The flagship event, which has grown quickly to become the largest Blockchain technology roadshow.” and Forbes describes BlockShow as “Major Blockchain Conference.” The reputation of BlockShow is its main draw.

The backbone of any great tech conference are the people who participate. This year at the Asia Blockchain Week, there is a lineup of excellent speakers that will take on the issues that surround Blockchain. Bobby Lee, Co-founder of BTCC and Board Member of the Bitcoin Foundation is one of the most well-known personalities of the cryptocurrency world and would present his thoughts on stage. Sinhae Lee, Partner at Global Blockchain Innovative Capital, named as Top 10 most influential crypto funds by 36kr (TechCrunch of China) and ODaily (Chinese Blockchain Media) will be present on the stage. Justin Chow, Head of Business Development, Asia at Cumberland is among the speakers as well. Justin is an expert in the evolution of cryptomarkets and cryptotrading. Speakers include Thomas Lee, Managing Partner and Head of Research at Fundstrat Global Advisors LLC. Thomas has worked as a Managing Director with JPMorgan and has a strong equities background. Tone Vays, an ex. Wall Street professional, Crypto & Blockchain Educator, Researcher & Consultant. His passion is ‘separating legitimate projects in crypto/blockchain space from that will most likely fail or are blatant scams.’ Alex Mashinsky, Founder of the Celsius Network, Venture, a founder of over 7 projects with more than 120 Venture Capitalist investments under his belt. He is also the holder of over 50 patents ranging from VOIP, Bandwidth Trading, Click to Call, Discount management on the web and more. He is actually considered the inventor of VOIP technology.

David Lee, Professor at Singapore University of Social Sciences (SUSS) and Co-founder of BlockAsset who says his mission is to harness technology for ASEAN connectivity and Financial Inclusion through Singapore as a Smart Nation would also be speaking. Then there is Joseph Young, a contributor to Bitcoin Magazine, Cointelegraph, Forbes and Hacked.com. Zing Yang, Director of the Litecoin Foundation focuses on inspiring change, compassion and joy. Her mission is to build global communities and to harness technology for global connectivity. Michael Gu, Founder of Boxmining who also is a Blockchain expert will be present. Last but not the least among the fine array of speakers is Alex Medana, Co-Founder and CEO of FinFabrik and Board Member of Fintech Association Hong Kong. His focus has been on building next generation of platforms that improve customer journey in capital markets and wealth management.

Five days of knowledge and fun

The Asia Blockchain weeks starts with a VIP pre-party followed by the conference itself at  Marina Bay Sands. Then the conference focuses on “The Future of the Token Economy” at SUSS. The last day is planned as an Open Day where all blockchain hubs, accelerators and companies in Singapore will open their doors. It will be the perfect opportunity watch blockchain mature in front of your own eyes. As the continent gathers up to witness the premier of the Asia Blockchain Week, should you stay away? Tickets for the event are already available on the BlockShow Asia website. The future of the Blockchain awaits you in Singapore!

Blue tick, a way to cover up for a huge scam 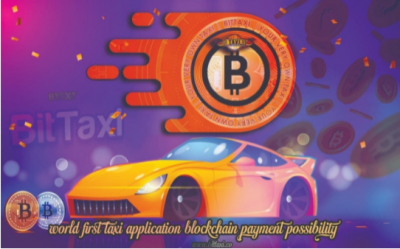