Making Cents of the Hottest Cryptocurrency and Tokens 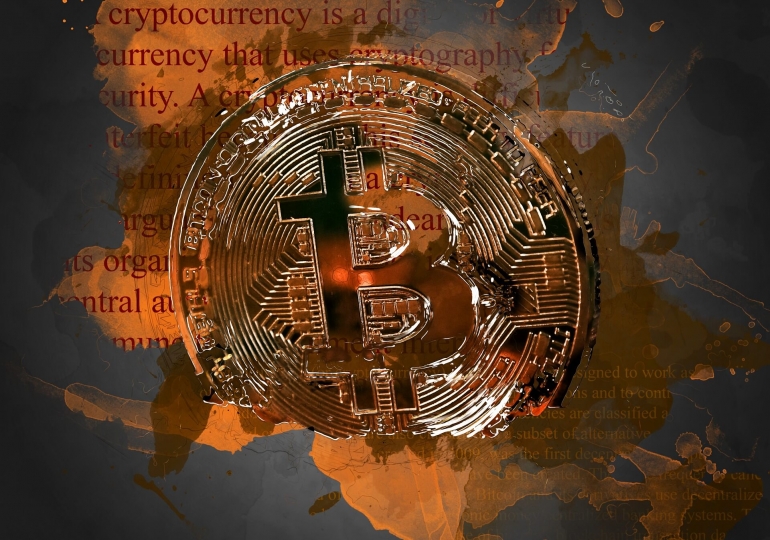 Cryptocurrency is not a fad; as more and more cryptocurrency options become available, it’s important to understand the differences between them and how they work as actual digital currency. Although no physical currency exchanges hands, the cryptocurrency network is supported by cryptography that works to ensure the transactions are secure and verified — which is actually not unlike what an actual bank dealing in currency does. Cryptocurrencies are kept track in a database as a limited entry; they are unable to be changed unless precise circumstances are implemented.

Cryptocurrency history begins in the 1990s, yet all of the players ultimately failed at creating a durable cryptocurrency. All that changed in 2009 with the introduction of bitcoin. Now, numerous cryptocurrencies are available in the marketplace. Users can buy goods with cryptocurrency, especially bitcoin, at some merchant stores, as well as some restaurants, hotels, airlines, and digital apps.

The validity of cryptocurrency is determined by the user networks agreement that the transactions are legitimate. Therefore, third-parties are absolutely unnecessary, thanks to the code transcribed and protected by cryptography. Cryptocurrency is considered legal and valid; however, many governments and law enforcement agencies are working to determine its place in local regulations. One major concern is the anonymity of cryptocurrency could lead to transactions paying for illegal operations.

Cryptocurrency storage is a unique since no actual physical coins or money exist. In this case, your cache of cryptocurrency is linked to a specific user key that only you have access to. Most forms of cryptocurrency offer a “wallet” — a system that is designed to be stored online or offline.

Here’s a look at some of the most popular cryptocurrencies available today:

The elusive and anonymous Satoshi Nakamoto (an alias) created bitcoin in 2009 and has quickly emerged as the cryptocurrency leader. Bitcoin can actually be used in transactions with travel website Expedia, online merchant Overstock, and even Xbox, according to CNN Money. The use of this cryptocurrency allows users to remain anonymous as they make purchases, and it’s easy to use for international payments due to a lack of regulation. Bitcoin, at least for early adopters, has proven a smart investment — and some people use it exclusively as an investment — as its value has risen to the thousands per share.

Bitcoins can be obtained on a marketplace, known as bitcoin exchanges. No matter what currency is used to purchase the bitcoin, people all over the world can take advantage of purchasing them. Some leading exchanges include Coinbase, Bitstamp, and Bitfinex. Bitcoin users can also transfer bitcoins to other people via apps or online. A popular bitcoin pastime is called ‘mining’. Mining is a competition where people are challenged to solve math problems via their computers and the winners receive bitcoins.

Once bitcoins are procured, they are kept safe in a digital wallet. There is no bank involved, which is appealing to some users. However, no banks also mean no insurance by the FDIC, which makes it a risk that many are willing to take.

Bitcoins are not regulated and therefore not subject to tax. This riles some governments around the world, and Japan, Australia, and China are considering cryptocurrency regulations.

Litecoin was developed as a complement to bitcoin in 2011; its creator, Charlie Lee, sought to create a cryptocurrency that was easier and faster to use than bitcoin. (Note, Charlie Lee sold or donated all of his Litecoins in December 2017, citing a conflict of interest). In fact, Litecoin transactions are up to four times faster than bitcoin’s, and there are four times as many Litecoins available than bitcoins. Lee set up the cryptocurrency in this way to entice users to use Litecoin for smaller, less expensive purchases.

Ethereum is built differently than Bitcoin or Litecoin. Using blockchain technology, Ethereum was designed to run smart contracts on a decentralized platform. This enables Ethereum to ensure it runs precisely as programmed. There is no threat of downtime, censorship, fraud, or third-party interference, according to Ethereum.org.

Blockchain programming is essential to Ethereum. Used globally, blockchain developers can produce cryptocurrency markets and transfer funds around as the user wishes. Ethereum was developed in 2014 by the Ethereum Foundation, a nonprofit organization based in Switzerland and run by developers all around the world. While Bitcoin was developed using blockchain technology, Ethereum is actually a series of binding ‘smart contracts’ between two users. Blockchain ensures the parties involved will not engage in fraudulent transactions without the need for a third-party intermediary to prove the contract.

The decentralized Ethereum network is what makes this cryptocurrency popular. Once a blockchain is created, it is coded specifically to carry out the wishes — or contract — between the parties involved. This is considered cryptocurrency because users must pay for the blockchain with Ether (ETH), the currency involved in the system. Investors get to engage in the system by trading Ether based on their thoughts that the value of the network will increase. This is where the value of Ether comes into play; supply-and-demand rules the value of Ether.

Ripple is based in San Francisco and launched in 2012. It first came onto the cryptocurrency scene to ease financial transactions on the global market. Unlike other forms of cryptocurrency, ripple uses actual banks. In fact, according to CNN Money, Santander, Bank of America, UBS and companies in Japan and South Korea use the ripple technology platform, which is cited as one reason why the price has increased so dramatically in a short period of time. With a low transaction fee and complete control by the founding company, ripple is in charge of releasing the coins — unlike bitcoin, ripple cannot be mined by users.

Users are drawn to Ripple due to its incredibly fast transaction process — it takes only seconds to fulfill a transaction (compare this to hours or days for other cryptocurrencies). Similar to Bitcoin and Litecoin, Ripple uses blockchain programming for its transactions.

Traxalt was created as a more efficient alternative to what is currently out in the market. Bitcoin and Ethereum, for example, suffer problems of scalability. Also, as it becomes harder to mine a transaction on their blockchain because the way it was designed does not hold that many transactions at a time, the fee to transact becomes higher. So TXT works on the Stellar blockchain, a third generation blockchain.third generation blockchains are faster, more efficient and their architecture is thought so it can continue to grow without affecting efficiency.

Other Coins and Tokens

One of the hottest issues we are most excited about right now is from Matrix AI Network (MAN), a global open-source, public, intelligent blockchain-based distributed computing platform and operating system that combines artificial intelligence (AI) and blockchain.  Matrix has announced a series of notable alliances and partnerships in both the public and private sector, with organizations such as Distributed AI Alliance; Tsinghua University Bayesian Computing Lab; Peking University Cancer Hospital; Advanced Telecommunication Chain Industry Alliance; and China Standards and Innovation Alliance’s Artificial Intelligence and Blockchain Council — a strong sign of confidence and support for MATRIX’s proprietary technology.