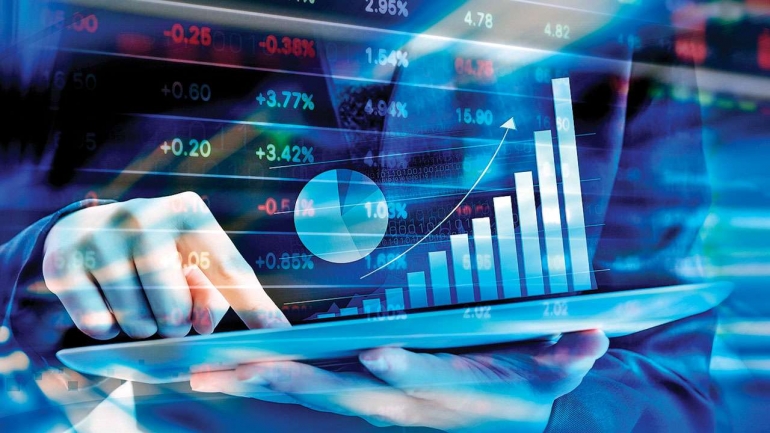 A massive U.S. economic stimulus program has rocked global stock markets, pushing up stocks in companies shunned by investors in the midst of the coronavirus pandemic, the Financial Times writes.

Although the US stock index S&P 500 is mostly smoothly rising, maintaining a trend that has been observed for several months, the shares of some companies, especially technology companies, have lost ground.

Instead, banks and energy companies – sectors that have not been in demand for a long time – became the growth leaders at the world’s largest exchanges in the United States and Europe.

This rotation suggests that a new package of measures to support the economy in a pandemic of $ 1.9 trillion, adopted by the US Congress and signed by US President Joe Biden last week, along with the introduction of vaccines for COVID-19 and the resumption of economic activity in the largest countries of the world the beginning of a completely different phase in the markets after last year’s rally, the FT notes.

“Not much happens on the surface, but inside everything looks fierce and scary,” – quotes the publication of the words of Megan Shu, head of investment strategy at Wilmington Trust.

The strong rally in bank shares reflects a shift in investor expectations driven in part by the Biden administration’s economic plan.

As reported, the stimulus package includes, inter alia, an increase and extension of the federal unemployment premiums, direct payments to Americans in the amount of $ 1,400 per person, the allocation of $ 350 billion to states and local governments, and funding for vaccination programs.

Speaking to the nation on a televised address a few hours after the bill was signed, Biden pledged to return Americans to normalcy by July 4, US Independence Day.

This forced investors to revise their forecasts for economic growth and inflation in the United States and around the world and led to a sharp rise in the cost of borrowing – favorable for the banking sector, which remained unclaimed amid lower interest rates by central banks last year to support economies hit by the – for a pandemic.

Investors in recent weeks have also been actively investing in sectors such as mining and metals, raw materials, consumer and industrial, contributing to the growth of securities prices in these industries.

The stock quotes of the companies that demonstrated the best dynamics in the past year have retreated from their peaks.

Among them are the papers of the American manufacturer of electric vehicles Tesla Inc., the developer of the interactive fitness platform Peloton Interactive Inc., the technology giant Apple Inc., the world’s largest online retailer Amazon.com Inc. and American graphics chip maker Nvidia Corp.

Meanwhile, the energy, financial, industrial and mining sectors of the S&P 500 are trading in positive territory thanks to a significant increase in shares of companies sensitive to the economic situation.

In particular, securities of the American oil and gas giant ExxonMobil Corp., a manufacturer of equipment for the road construction and mining industry Caterpillar Inc., and Wells Fargo & Co. and the American mining company Freeport-McMoRan Inc.

The Stoxx Europe 600 European stock index has climbed about 6% since early 2021, approaching the highs set before the start of the coronavirus pandemic last February.