In the cryptocurrency space, there is a lot of innovation. Beginning with Bitcoin and the blockchain technology that underlines it, the ecosystem has expanded to many different sectors in today’s world.

It has financial implications, as well as business, enterprise, and governmental potential thanks to the tokenomics, distributed ledger technology, and smart contracts. But one aspect of the cryptocurrency space that is garnering a lot of attention is stablecoins.

One of the first, and most well-known stablecoins is Tether. This coin is a digital representation of one dollar, and it is different from other cryptocurrencies, because it has a stable value and is always worth $1.

To better understand Tether and how the USDT token fits into our world, it is important to understand the ten guiding principles outlined below.

Essentially, this is the tokenisation of the dollar because, for every USDT in existence, there is $1 put away for safekeeping (although there has been some controversy around this in regards to Tether, but more on that later). 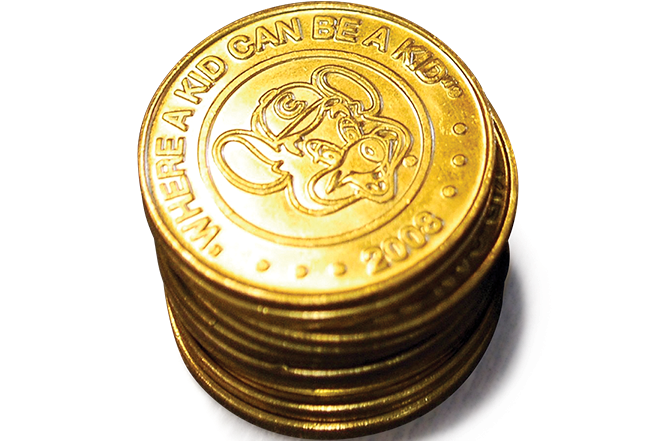 Tokenisation is nothing new — the Chuck E Cheese tokens that were used at the Pizza restaurant formed a way of tokenisation, but Tether is different as it incorporates the power of blockchain technology.

Blockchain technology offers an immutable, or unchangeable, ledger where all transactions are stored in a decentralised manner. The Tether network runs on a blockchain offering transparency, and security, as well as a trustless environment where there is no one ‘Bank’ controlling the currency.

Tokenisation of a fiat currency on a blockchain platform is what makes a stablecoin. As mentioned, Tether is one of the original stablecoins, and it is one of the most widely used cryptocurrencies around — even more than Bitcoin.

Stablecoins have become part of the cryptocurrency narrative as they divide themselves from the speculative investors who mostly crowd around high volatility coins like Bitcoin. Stablecoins offer the chance for a usable, digital, online currency.

The key difference then between a Stablecoin and another cryptocurrency like Bitcoin is that it lacks any true volatility. Being pegged to the dollar, in the case of USDT, means that the price of one token will always be the same as one dollar.

Volatility has been seen as attractive for traders in the cryptocurrency space as there is money to be made on big price swings, but Tether has entered the ecosystem as a workable digital currency that won’t increase in value once you have spent it.

The notion of currency digitalisation has been around for sometime now. In fact, cash is slowly slipping away as people now use bank cards and their digital fiat currency. But, as Bitcoin tried to address, there are issues with the legacy financial system that need to be looked at.

Bitcoin has not really addressed them as the coin has become more of an asset, but USDT is able to bypass issues with cross-border payment and the concerns of a centralised system in charge of money, by operation a digital currency on the blockchain.

Still, there has been controversy around Tether for some time as the company involved in creating the stablecoin has been found to not always be backing the 1:1 ratio of dollars to USDT. By having a stablecoin that is not fully backed, they are essentially creating a false market, which can have bigger implications down the line.

However, Tether has mostly cleared up the controversies, and the USDT token continues to be widely used and highly successful.

It is clear where Tether has its uses in a digital currency space, but the use cases are expanding and becoming more niche and specialised. In some areas of cryptocurrency trading, USDT can be used as the underlying asset in forex trading to provide stability and a lack of volatility — this is something that has recently become possible on crypto exchanges such as ByBit, Bitfinex, Overbit, Binance, etc.

Tether is also the basis of Central Bank Digital Currencies, which are gaining much momentum and traction across the world’s biggest central banks. These banks have seen the potential that Tether offers and are now looking to implement it themselves.

Of course, in the cryptocurrency space, there is always a conversation around regulation. Tether is no exception; however, it does offer an easy route in terms of regulation as it is not a new type of currency, it is still based on the US Dollar.

The likes of Bitcoin, and other cryptocurrencies, are subject to SEC regulations and potential conversations around being securities, but with Tether, there is none of that because it is rather tokenisation of an established asset.

Mining is also another big part of any cryptocurrency as this brings new coins into circulation, but with Tether, there is no mining. New USDT tokens are instead ‘minted’, and this is done when a real dollar is put away to back a new digital version.

New USDT tokens are thus minted sporadically and when there is a need, but they can also be unminted when the token is burned, and the dollar released.

Tether has made its way to the top of the transaction volume lists for a good reason. It has become the first stablecoin to show its value and have an impact on the cryptocurrency space in a big way. Most of the cryptocurrency today, that being Bitcoin, is about trading and investing, but Tether is showcasing the other side.

This coin is having a big impact on the way we see money and payments in the futures and has no doubt started the conversation about digital dollars, Yen, Pounds, and other major currencies in the future.