Why We Are Building Griffex: The Clash Of Ideals! 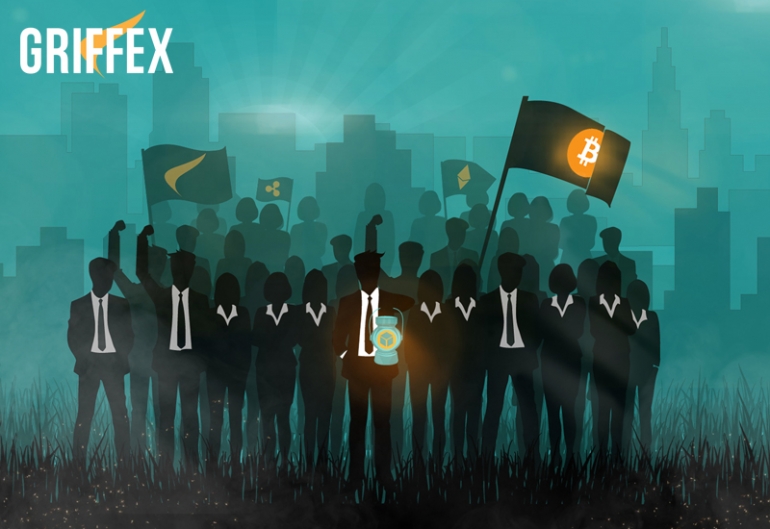 Where do the solutions to mankind’s greatest problems lie? How do we as leaders of tomorrow, position ourselves for addressing the glaring inequalities in our economic structures, the deep-rooted weakness of our financial systems, the inherent instability within our political organisations, or even the abnormalities in our cultural coding. In spite of the volumes written on those distinct arenas, the more we think about these in terms of isolated & segregated superstructures, the further we displace ourselves from devising some form of practical solutions for resolving them. These arguably, are interoperable components in the larger system of the world we know as humanity, with respective moments of eureka situated at their intersecting crossroads.

The future belongs to those who make the impossible, Possible!
Focussing exclusively on the ailing economic and financial superstructures, a prospective avenue for reconciling the hollowing-out phenomenon of fiat currencies with the rising demands of an increasingly connected global economy is the immutable cryptocurrencies powered by blockchain technology. The creator of Bitcoin “Satoshi Nakamoto” (a pseudonym) today is counted amongst the greatest visionaries of the 21st century. Very much akin to the greatest personalities in history, Nakamoto’s magnum opus is beginning to have an impact on the way of life for countless of generations to come.

The thinking behind coming up with Griffex ecosystem is to normalise cryptocurrencies so they may enter the realm of everyday trades, from daily business needs to quarterly investments, and also for those once in a lifetime purchases to everything else in between.

The world today wants the person behind Bitcoin, for envisioning a trust-less global economic system without the dependence on paper money and in which every transaction is validated by coded digits. Knowingly or unknowingly, they gave birth to a radical movement representing a quantifiable alternative to the corrupted fiat banking system, and the motion today stirs restlessly, in dire need of public recognition and mainstream acceptance. 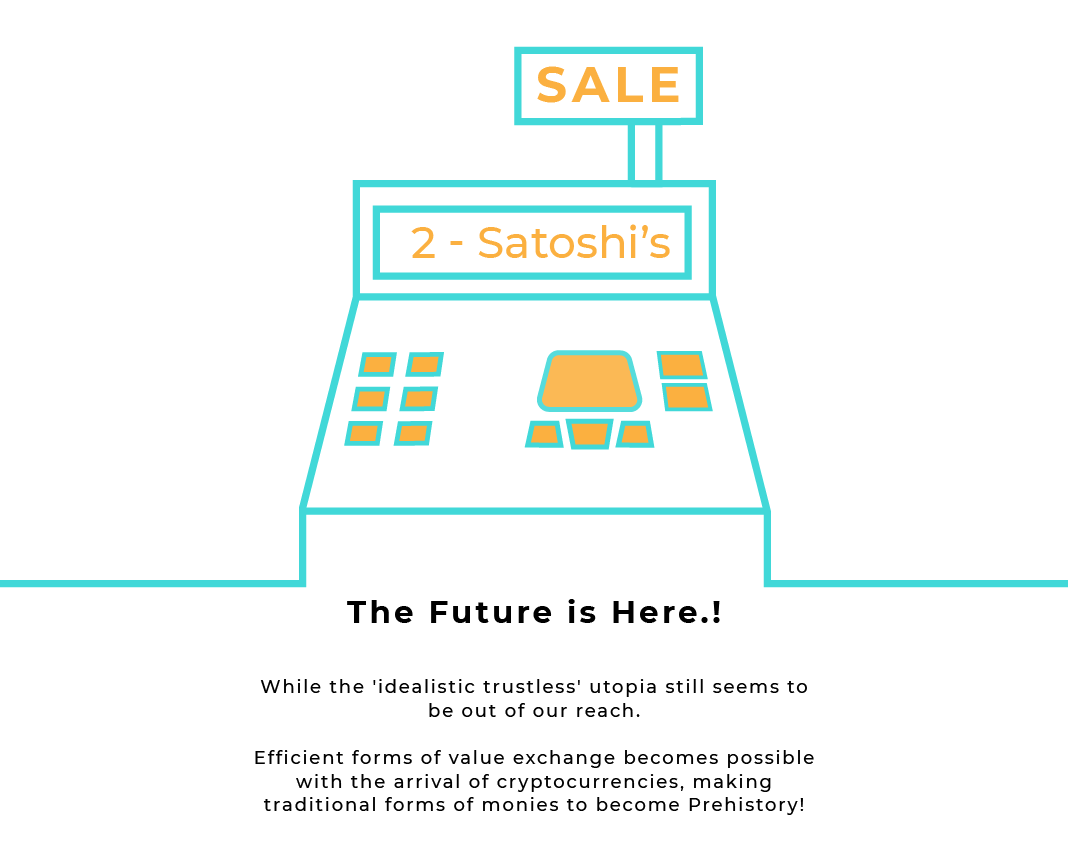 Blockchain technology could be the ultimate weapon, the means by which humanity could upgrade the infrastructure of its political-economic models, imperative for eradication of detrimental notions such as avarice and moral corruption from the intellect… A powerful phenomenon with wide reaching ramifications, cryptocurrencies have the theoretical potential for outclassing the combined power of redistributive mechanisms such as the institution of taxes to welfare policies, the exotic piracy to egalitarian land reforms, and even the righteous charity or the brutal stately confiscation.
And as one thing leads to another within complex societal superstructures, when push finally comes to shove, any movement capable of altering the very fabrics of everyday reality seldom remains a far-fetched dream.

Traditional forms of money are destined for obsoletion. Period!
One of the most important quests for mankind across the ages has been achieving continuous economic growth. From the first world empires to the industrial revolution, the single most important factor that allowed for this unsustainable mindset was the money creating mechanics. Logic dictates that if the monetary system is inflationary, future money will always be worth less than present money. Simply said, it’s quite hard to change monetary policies for supporting citizen’s wealth creation, when the object of said wealth creation loses value every year. How can anyone then, bestow their financial freedom to private agents whose interests rarely align with that of the everyday common man?

Take for instance the oldest surviving currency in the world, the Sterling Pound which has lost a significant amount of its value over the past few decades. The purchasing power of money for a host of different reasons has fallen by 99% in the past 100 years, with an average decline of 5% a year. Bitcoin and other alt-coins have in-effect, gained immense value in under half a decade. If this doesn’t represent a potential alternative to the contemporary debt-based economic system, then what does?

The truth is that fiat currencies without any exceptions are doomed to fail. Interestingly, numerous leading economists are in agreement that money doesn’t necessarily have to be fiduciary currency in order to properly function as a stable medium of exchange. Having said that, almost everybody agrees that a restricted group of people deliberately deciding the future of the money supply has been the root cause for most, if not all, recent economic crisis.

A particularly famous quote by Buckminster Fuller, the iconic inventor, futurist and systems designer that can be beautifully attributed to the politico-economic upheavals resulting from friction in social mechanisms:

“You never change things by fighting the existing reality. To change something, build a new model that makes the existing model obsolete.” — Buckminster Fuller.

The radically different model of transacting with the immutable digital assets, the concept of sound-money that’s backed by none but theoretically accepted by everyone continues to send shivers and shake the old guard at its very roots. Ensuring that this new model sees the light of the day is an essential element of our modus operandi.

It All Starts With A Dream!
Dreams have been at the forefront of some of the biggest discoveries of mankind. From great scientists like Tesla, Einstein, Turing and Nick Szabo to artists like Stravinsky, Beethoven, and Dylan, the ones who introduced resounding changes have always been inspired by the subconscious reality.

Ours is a vivid dream, of a thoughtful reality! Influenced by a mix of egalitarian-utilitarian principles, and that has been knitted carefully with shimmering eyes in the middle of the day. The endeavour is not just about performing psychoanalysis of dreams, but for venturing out from ones comforting existence that we all subconsciously dwell in. A fabulous quote from celebrated British diplomat and archaeologist T.E. Lawrence adequately sums up the emotions as

“All men dream, but not equally. Those who dream by night in the dusty recesses of their minds, wake in the day to find that it was vanity: but the dreams of the day are dangerous mean, for they may act on their dreams with open eyes, to make them possible.” — T.E. Lawrence.

History Changes One Death At A Time!
The German physicist Max Planck said that science advances one funeral at a time. Or more precisely:
“A new scientific truth does not triumph by convincing its opponents and making them see the light, but rather because its opponents eventually die, and a new generation grows up that is familiar with it.” 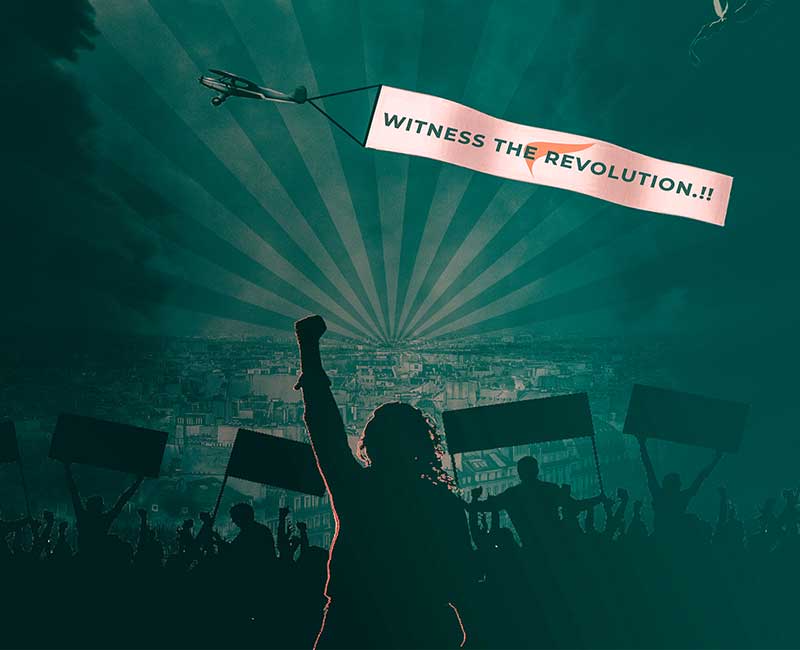 To those who say cryptocurrencies are just a bubble or compare them to the Tulip mania of the 1600s, its actually a paradigm-shifting, life-as-we-know-it altering technology with ramifications we cannot yet fully foresee. Either way, we find ourselves at interesting crossroads having a convergence of many fascinating factors. We are at a tipping point as our technological development approaches a “singularity.”

And the pursuit of happiness with Griffex is to evangelise and provide a breeding atmosphere for a fresh generation of leaders, working on solutions to the world’s largest challenges. These aren’t the ambitiously-driven in the power & paper chase, but a wiser, mature tribe of intelligent creatives seeking to build new societal structures completely unlike the profit-obsessed, destructive, oppressive old.

The undercurrents of a silent revolution, the seeds for transforming the society have been sown, The transfer shall occur from the ageing sociopaths threatening mankind’s well-being, to the misfit millennials that many thought would never fit into the “archaic system”.

I Connect The Dots In The Markets, Precisely Crypto and Fiat.

I Connect The Dots In The Markets, Precisely Crypto and Fiat. 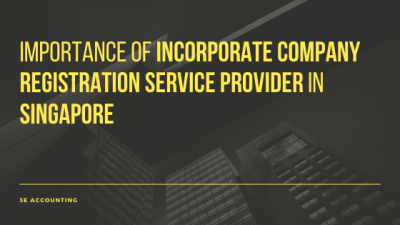 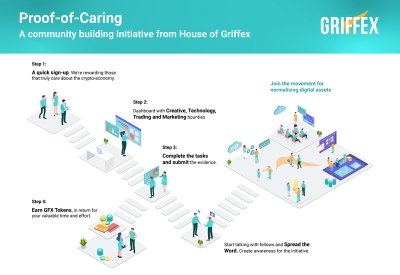