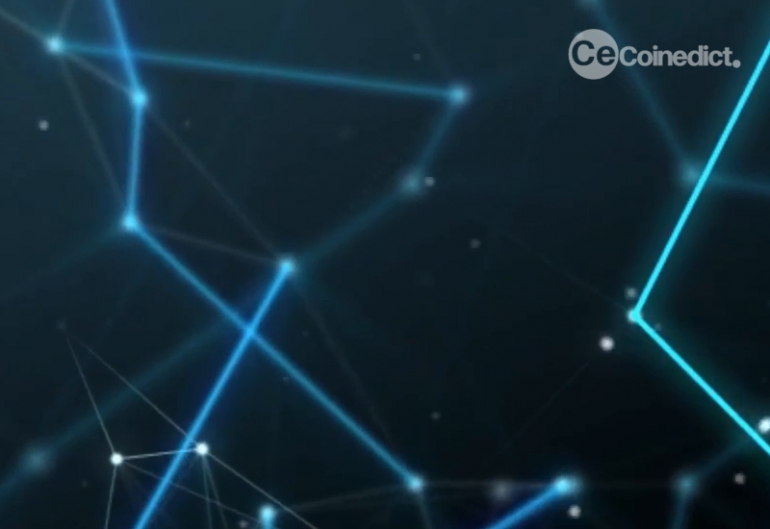 NEO  is the brainchild of Da Hongfei and Erik Zhang, CEO and CTO of Shanghai-based blockchain R&D company “OnChain”. The NEO project amassed funds from two crowd sales. The first one took place in October 2015, during which 17.5 million NEO tokens were sold for $550,000. In the second crowd sale, the rest of 22.5 million NEO tokens were sold for $4.5 million. 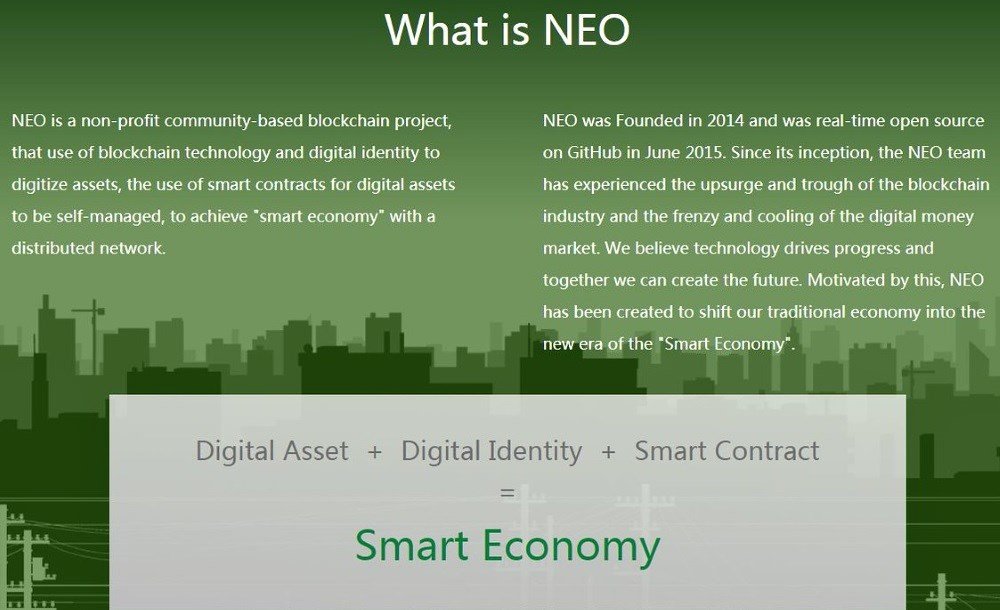 Tokens in the NEO Economy

The Neo ecosystem has two tokens:

NEO provides voting and decision making rights in the ecosystem and GAS fuels the smart contracts. GAS also has a fixed supply of 100 million tokens. However, it is divisible. The minimum unit of GAS is 0.00000001.

Also Read: What are Paper Wallets?

Imagine there is a country  inhabited by a lot of citizens. Each of these citizens would elect a Delegate to represent them and to make them happy. The job of these delegates is to pass laws that will make the citizens happy, if they are not good at their job then the citizens can simply vote for another delegate the next time.

In NEO blockchain,  people who own NEO tokens are ordinary nodes and delegates are the bookkeeping nodes. In order to be a bookkeeping node, a delegate should have special equipments, dedicated internet connections and a certain amount of GAS. The “demands of the citizens” are basically the various transactions made by the token holders. The “law” is the current block that is to be added to the blockchain. The “happiness factor” is the hash of the current block.

However, two situations are possible-

The Speaker is Malicious

If a speaker has sent a false message B to two delegates and an accurate message to one, this problem can be easily resolved with the majority rule. The two delegates will verify that their hash doesn’t match with that of the speaker.

The Delegate is Malicious

If in case the delegates decide to act falsely and declares that his hash doesn’t match up with the speaker, he will not have any benefits. As 2 out of the 3 delegates are non-malicious, they will approve the law which will then be passed since a 66% consensus has been reached. 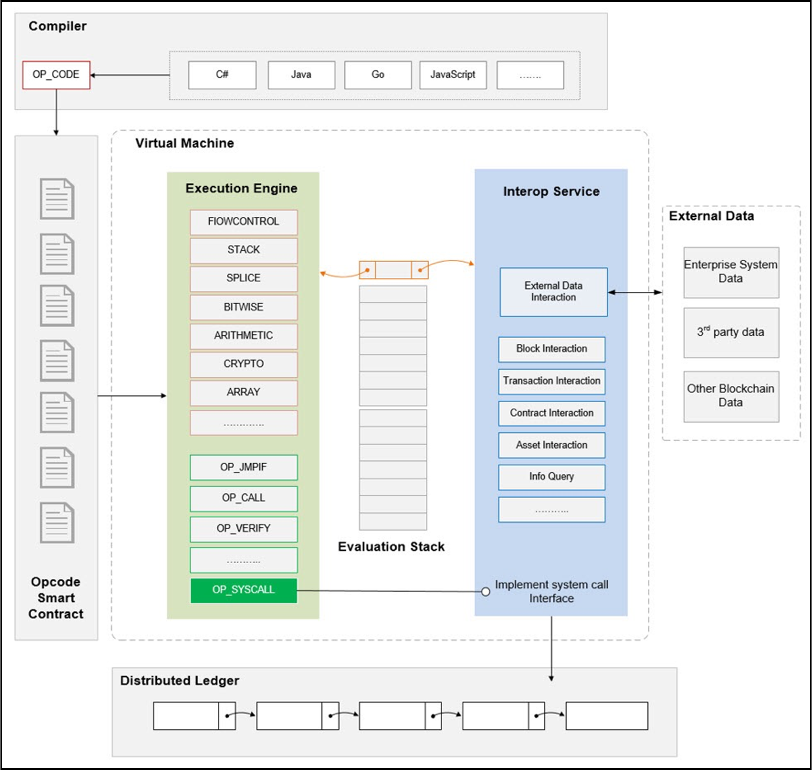 The NeoVM or NEO Virtual Machine is a lightweight, general-purpose VM on NEO blockchain whose architecture resembles JVM and .NET Runtime. The VM similar to a Virtual CPU reads and executes instructions in the contract in sequence. It also performs process control based on the functionality of the instruction operations and logic operations. Moreover, it has an excellent start-up speed which makes it a great option to run smart contracts.

The InteropService increases the utility of smart contracts by allowing contracts to access the data outside the NeoVM.  Additionally, it provides storage space for smart contracts.  Presently, the interoperable service provides with some APIs for accessing the chain-chain data of the smart contract. The data that it can access include:

DevPack includes the IDE plug-in and high-level language compiler. As NeoVM architecture is similar to JVM and .NET Runtime, it enables contract coding in other languages. This greatly reduces the time taken by developers to learn how to create smart contracts. This features NEO blockchain a favorite among the developers.

Where to buy NEO?

Read more at : 10 best NEO Wallets you should know about

While it is difficult to comment whether or not NEO blockchain will live up to the moniker of “Ethereum killer” or not. It is appealing to the developers as they don’t need to learn a new language to create smart contracts. Only time will tell if it lives up to its tag or not but it definitely is a great platform for developers.