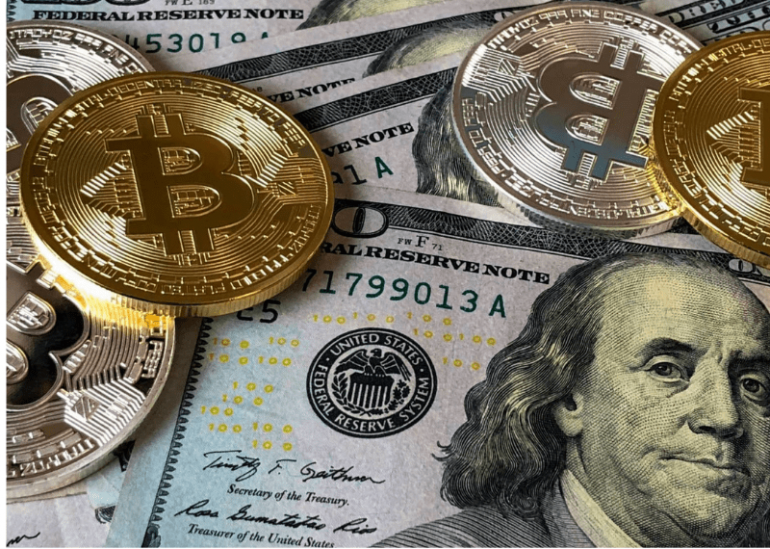 All you need to know about Stablecoins

Stablecoins are digital assets which provide substantial stability and security as their value remains constant and stable. While they have been often labelled “ foundational component of the next-generation economy”, they have been a prey of controversies time and again. Yet, they continue to intrigue the smartest minds in the crypto space.

Why are Stablecoins important?

It is imperative that currencies be  stable as volatility can lead to hyperinflation and lead to the adverse effects for the economy. In 1980’s, the Zimbabwean dollar measured fairly well against the US dollar. However, the advent of Economic Structural Adjustment Programme (ESAP)  brought forth negative effects on Zimbabwe’s economy. In the next 5 years, Zimbabwe faced hyperinflation and in 2008 the rate went up to 79,600,000,000% per month. This resulted in $1USD becoming equal to Z$2,621,984,228. The government finished paper supplies to print money and this led to a lot of soldiers without any pay. The banking sector was in shambles, the farmers were unable to obtain any loans and there was a sharp drop in food production. There was a huge rise in unemployment and life expectancy also dropped. Eventually, Zimbabwe gave up it’s currency for the US Dollar.

While traders make fortunes in the awake of crypto volatility, the truth is slightly disturbing. A trader can easily lose all their assets in a span of  hours. Additionally, most of the crypto exchanges don’t support fiat funds. More importantly, volatility makes it difficult to carry out a proper risk assessment.

However, they provide necessary stability as they are pegged to a stable currency. In a peg a currency’s value is fixed against the value of another currency or to another measure of value, such as gold.

A stablecoin can be of three types-

Coins which are locked up as collateral and coins are issued 1: 1 against it are known as fiat collateralized stablecoins. For example. Tether.

Coins which use cryptocurrency instead of using fiat as a peg are known as crypto collateralized stablecoins. However, with these the ratio is not straightforward. For instance, if one  wants $600 worth of coins, he needs to deposit $300 worth of Ether. For instance, Dai.

Coins not backed by any currency are known as non-collateralized stablecoins. These are implemented with the concept of Seignorage Shares. One needs to create a smart contract which will always trade at $1.

Now let’s look at the other scenario.

However, this method has faced slack due to it’s striking similarity to a pyramid scheme.

Stablecoins and the Controversial Pegs

Some of the most popular pegs include-

In this standard, the external value of all currencies is denominated in terms of gold with banks willing to buy and sell unlimited quantities of gold at fixed price. Each central bank carefully preserved gold as their official reserve asset.

After the second world war, various countries came to a conclusion that gold standard was to rigid. To prevent a third world war, 730 delegates from all 44 Allied nations gathered at the Mount Washington Hotel in Bretton Woods, New Hampshire, United States, for the United Nations Monetary and Financial Conference, also known as the Bretton Woods Conference.

After the second world war, the US had the majority of the world’s gold reserves, so it was decided that the other countries will peg their currencies to the USD, while the USD remains pegged to gold. However, this practice didn’t workout in reality as the dollar got devalued.

Does that imply that stablecoins will fail? While rigid pegs have time and again caused financial disasters because of rigid pegs, an example is the Soros attack of 1992. However, it is possible to maintain a peg within certain market conditions. An ideal peg should be able to withstand volatility, should not be very expensive to maintain and should be transparent enough so that traders can observe true market conditions.

However, one needs to careful to identify is weak, as it becomes easier to spread panic which can further trigger selling.

Some of the famous Stablecoins include-

It is a fiat collateralized stablecoin. According to their website,“Tether converts cash into digital currency, to anchor or “tether” the value of the coin to the price of national currencies like the US dollar, the Euro, and the Yen.” Basically, each and every USDT is backed by an equivalent number of US dollars,(i.e) 1 USDT = 1 USD.

Tether will help prevent the trader from usual crypto market swings. Exchanges like Binance and Bitfinex also provide trading pairs with USDT. This allows traders to buy crypto with fiat.

However, Tether has it’s own shortcomings-

Tether is operated by people running Bitfinex and pegged to the US dollar it centralizes the asset. It is an eminent concern that it gives unusual power to Bitfinex.

Bitfinex has time and again shown lack of transparency in matter of Tether. The current circulating supply of Tether is 2,580,109,502 USDT which implies that it is pegged to 2,580,109,502 USD. People believe that Bitfine doesn’t have this much of money. More importantly, Bitfinex clearly stated  that it will not reveal their bank details which further adds to the dilemma.

Is it possible to manipulate BTC Price ?

Tether has been accused of pumping the value of Bitcoin. It was found that 50% of BTC rise took place after the first delivery of Tethers. It is also said that 80% of Bitcoin’s  present value is derived from Tether-based manipulation.

Dai is also valued at $1 and cannot be mined like Tether. However, it is crypto-collateralized as opposed to Tether. Dai was created by MakerDAO.

In the MakerDAO system, Ether is locked up in a “ collateralized debt position” . CDP is a smart contract and the system works due to it.

The CDP works in the following manner-

Note-  The Stability Fee can only be paid in MKR. Once the user sends the requisite Dai and MKR to the CDP, paying down the debt and Stability Fee, the CDP becomes debt free.

The arena of stablecoins is witnessing interesting moves recently. Binance,  recently announced that it will be coming up with a brand new and unified  market. At present, Binance, which is the top crypto exchange by volume, is doing almost twice of what its closest competitors are doing in a time span of 24 hours.

While the platform is still to release complete details of the new stablecoin market that it will be creating, we are aware of the fact that USDT will be an integral part of this market. This is mainly because USDT is the very first token on exchange to witness a change about it.

USDT listing on Binance will now be USDⓈ – Binance is using the encircled S or the Unicode symbol for denoting a stablecoin. Reports claim:

“Binance has come up with a new name for the USDT Market (USDT). It will now be referred to as a combined Stablecoin Market (USDⓈ). This is for supporting increased trading pairs with varied stablecoins provided as a base pair. […] Here, it is important to note that USDⓈ is in no ways a new asset : it stands as the symbol of the new stablecoin market introduced by Binance.”