Nowadays, gaming has become a part of human culture. Analysts have predicted that gaming could generate over $218.7 billion in 2024. Aside from developing games, competing in eSports, buying and selling in-game items, and hosting tournaments could offer people millions of dollars.

Recent studies now reveal that there are many benefits to gaming. The world health organization (WHO) has also changed its antagonistic gaming stance. Amid the pandemic, WHO offered video games to pause the spread of COVID-19. Add the ability to earn money through playing and now, gaming has more contributions to the global economy aside from video game sales.

Play to Earn, GameFi, and non-fungible tokens (NFT) are the most hot trending topics nowadays. YooShi is a decentralized meme token which grows into YooShi’s Metaverse. Moreover, YooShi Metaverse is the combination of NFTs, GameFi Launchpad, YooShi IP Creative and Charity. Yooshi has also made a recent upgrade of YooShi 2.0, which is a GameFi Launchpad. It currently focuses on game incubating.

On the other hand, DNAxCAT is the first incubated NFT game on YooShi, which went live on August 10. DNAxCAT is a decentralized meow warrior metaverse game based on Binance Smart Chain (BSC). Notably, it is one of the top trending NFT gaming platforms.

On August 10, YooShi’s incubating  game “DNAxCAT” opened on YooSh GamePad for the NFT blind box sales of the Goddess of Goddess Gems. The original planned 5-day sales event, but only 4 minutes after the opening, more than 5000 NFT blind boxes were sold out.

“DNAxCAT” NFT blind box is priced at 0.5 BNB each. Before the blind box was sold, many people thought it was expensive. But compared with other projects, which cost hundreds of thousands of dollars in NFT, this price is very cost-effective. It is impossible for the player who grabs the NFT blind box to lose money, it is just a matter of earning more and less.

The above picture shows the rarest ruby among the “DNAxCAT” goddess gems auctioned in YooShi’s NFT market. The current bid has reached 11,000 US dollars, and the final transaction price will exceed this price. If a player is lucky enough to draw this NFT, then theoretically, it can easily achieve a hundredfold return.

Even the lowest-grade jade gemstones are currently sold at a price of US$400 on the market. Compared to the cost price of 0.5 BNB, they can get 2-3 times the profit. This is just the value of the NFT itself. If you don’t sell it, you can also pledge the NFT to get mining income, and exchange it for different breeds of meow warriors after the game is officially opened and participate in more Play to Earn gameplay.

Binance SmartChain (BSC) based new metaverse game StarMon will be launched in September. More so, StarMon is a 3D NFT play-to-earn game type which joins blockchain and virtual reality together. Each collection of creatures with magical superpowers — StarMons — unparalleled which will provide players with an experience of unprecedented gaming.

In addition, the operation of all the property owned by players is similar to the real world. This is a place where players will find ownership fully, enabling players to freely sell the game assets and digital asset transactions. The players can improve their game skills and earn token revenue by gathering and cultivating starmons. Also, enabling them to engage in the battle of adventure.

Starmons can also be traded freely as a scarce non-fungible token (NFT) asset. Added to NFT assets, StarMon runs with two varieties of BEP-20 tokens namely SMON and GST. Notably, SMON as a governance token motivates players to take part in the game actively and allow its token holders to influence the game’s future developments. On the other hand, GST is used for star pet breeding in the game. Players can obtain MON and GST from the StarMon game through making the play-to-earn functionality into reality. Thereby, bringing play-to-earn functionality into reality.

Andres — The Home of StarMons

Andres’ virtual world is the home to the starmons StarMons which stays as the core characters in the game of StarMon. Players can earn tokens via games and contribute to the ecosystem in the Andres. Players can also gather, train, and trade StarMons also utilize them to do battle and adventure to improve the player’s own game skills and strive to be the most dazzling StarMons trainer on the Andres. Each StarMon is developed uniquely with its own appearance, ability, and rarity.

Moreover, Players should rely on starmons to be involved in multiple game modes in the game. They can also develop new StarMons with unique attributes based on various genes and place them on the market for trading in exchange for token revenue. High-quality and rare StarMons will get better market attention, making its price rise along with the rise of gamers.

Each StarMons has its own unique benefits and drawbacks. Players need to constantly sharpen their skills and develop their own exclusive StarMon team to defeat their opponents. In order to explain, the battle modes inside the StarMon are split into single player mode, multiplayer mode, and tournament. In each game, players will get SMON and GST tokenized rewards.

Andres is made up of more land plots which is presented in the form of NFT. Here, anyone can purchase and own a part of the plot, gather props, and creatively develop the space, and meet friends. Players also have a chance to develop an exclusive image in the StarMon world to reflect their unique taste and style. Collaborating AR and LBS technologies as well, the bridge between the virtual world, and the real world is obtained in order to deliver the best gaming experience.

StarMon Genesis NFTs and its Sales

StarMon Genesis NFTs are the exclusive Andres Genesis Trainers badges, with a total of 6 grades and 6,156 badges.

Quantity of Genesis Badges to Each Round

The launch of StarMon Genesis NFTs is divided into 3 rounds. They include YooShi Army Round, Whitelist Round, and Public Auction Round.

90% of the funds obtained in this round will be offered to StarMon team for game development and maintenance, 10% will be swapped into $YOOSHI in which 10% goes to YooShi developers, 40% goes to NFT mining pool and 50% will be burned.

How to obtain whitelist qualification?

The genesis badge will be randomly selected for auction for every 15-minute block. Notably, the auction time for each NFT is 12 hours, and the starting price is $50 YooShi/BNB. In case of no participants in the auction, it will be automatically burned. Notably, 50% of the funds received from the auction will be utilized for $SMON repurchase and will be utilized as game research and development funds.

The platform also gathers users information to improvise their ecosystem regularly. With the ongoing developments happening within the StarMon ecosystem, the platform will reach new heights soon.

About StarMon
Star Monster Metaverse is a 3D Play to earn BSC-related games. Players can earn tokens via games and contributions to the ecosystem. Players can gather, train, and trade StarMons, at the same time direct them to do adventure and battle to improve player’s own game skills and strive to be the most dazzling StarMons trainer on the Andres. 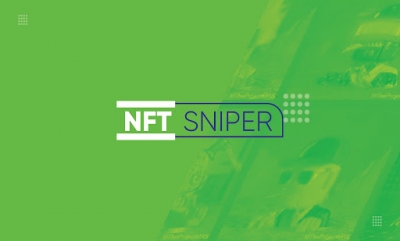 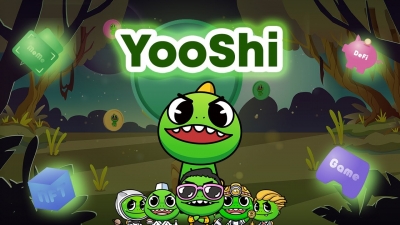 How to Participate in YooShi Farm and Earn Passive Income? 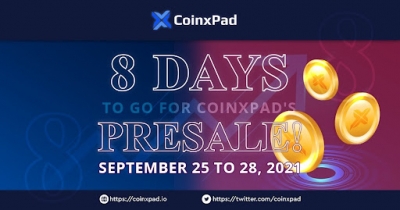 CoinxPad Presale to Kick off on September 25th 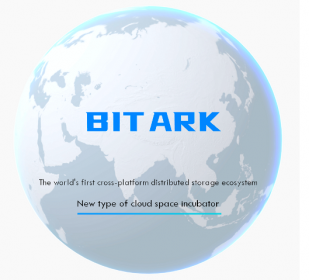 BitArk — The universal distributed storage protocol in the era of Web 3.0