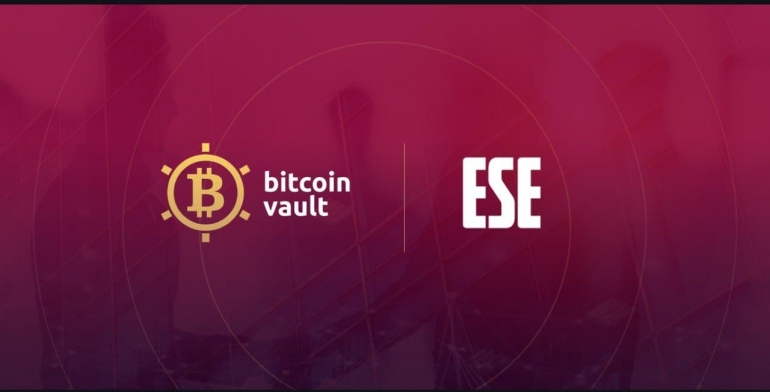 Both crypto and Esports are changing paradigms in their respective fields. Crypto is ushering in an entirely new financial ecosystem that is decentralized and doesn’t require intermediaries to run it. An economic system that has never existed since the advent of human civilization. Whereas Esports is changing the way people look at competitive sports. Masses are beginning to realize that to make a game interesting to watch, one doesn’t need to only have high physical skill-based games. Technical skill-based games set in a virtual world can prove to be compelling to watch too.

The convergence of crypto and esports was always bound to happen, considering the distributed nature of both these domains. At the convergence of these two industries, there has been a recent partnership announced, of that of ESE Entertainment and Bitcoin Vault (BTCV).

The companies in focus

ESE Entertainment is a Europe-based entertainment and technology company focused on gaming and esports,  that is listed on the Toronto Stock Exchange (Trading name: ESE). They specialize in media rights relating to Esports, physical and digital content creation, and distribution of Esports-related content. The company was founded in 2019 by Konrad Wasiela, a former professional athlete. Wasiela even though a world class athlete has a rich background in new media, especially in transformative media technologies. In 2 years of its existence, ESE has grown to consist of multiple assets and world-class operators in the gaming and esports industries. Their abilities include but are not limited to: physical infrastructure, broadcasting, global distribution for gaming and esports-related content, advertising, sponsorship support, and a growing Esport team franchise.

Bitcoin Vault (BTCV) was launched in 2019 as an alpha chain. It is a cryptocurrency based on the SHA-256 algorithm and built with user security as a priority. Through the innovative 3-Key Security Solution, it offers users the possibility of reversing unauthorized or accidental transactions. Bitcoin Vault is the world’s first cryptocurrency that allows users to cancel transactions after being posted to the blockchain. This revolutionary approach is possible thanks to a customized blockchain protocol that confirms payments within 144 blocks (or around 24 hours). This feature protects the community from losing their funds in common key thefts, user mistakes or errors, and bugs.

The partnership indicates a content production for a series called “Skillz Vault”, a show that resembles X-factor. The focus will be on China, Japan, South Korea, Vietnam, and Brazil, featuring promising amateur athletes. Noticeably, China, South Korea, and Japan are three of the top five markets by game revenues.

ESE is responsible for managing the production and infrastructure of the show, including the development of the project concept, media plan, marketing, and technology roll-out. ESE already has a strong foothold in Europe and are looking to increase their grasp in South East Asian countries and South America through this partnership. For Bitcoin Vault, the new partnership is an opportunity to show it has a presence in the growing world of esports.

Other partners involved in the project include VYRAL Producer of Gaming Projects, VidWe, Converters and Next Level Agency.

Rewards are a key instrument to maximize user engagement for gaming studios. Gamers often have access to an archive of modifications, including outfits, weaponry, maps, and assistance. Users complete in-game tasks and receive fictional coins, which can be used to shop in the archive. In essence, we can see that there is an already existing economic infrastructure in esports and gaming.

Now, cryptocurrencies provide an avenue to substitute a game’s fictional coin with cryptos that hold monetary value. In the case of the partnership between ESE Entertainment and BTCV, BTCV will provide users with functionalities like remittances, reversible transactions, payment settlements, and cross-border transactions. Having a similar operational core when it comes to rewarding distribution strengthens the partnership between BTCV and ESE Entertainment.

Numerous experts have suggested that the gaming industry is the key to the mass adoption of blockchain and crypto. We can already see that happening as the partnership between BTCV and ESE isn’t the only one merging these two industries. Partnerships between Nordavind and Norwegian Block Exchange, Unikrn and FYX, and numerous partnerships of Cloudbet show how fast the gaming industry is to find real-world applications of cryptocurrencies. 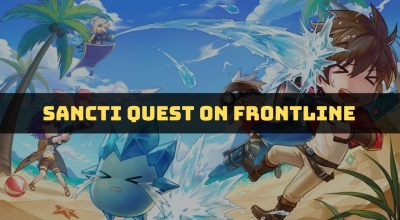 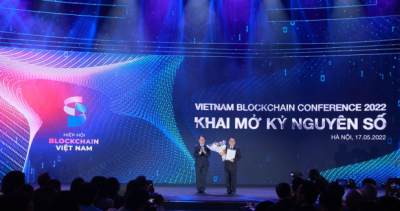 TendaCoin-Decentralized Currency from People to People

The Protection Of The Environment Needs A Collaborative Solution