What Is Hedera and How Does It Work?

by Florence GammillFebruary 16, 2022 in Binance News, Bitcoin, Blockchain, no comment 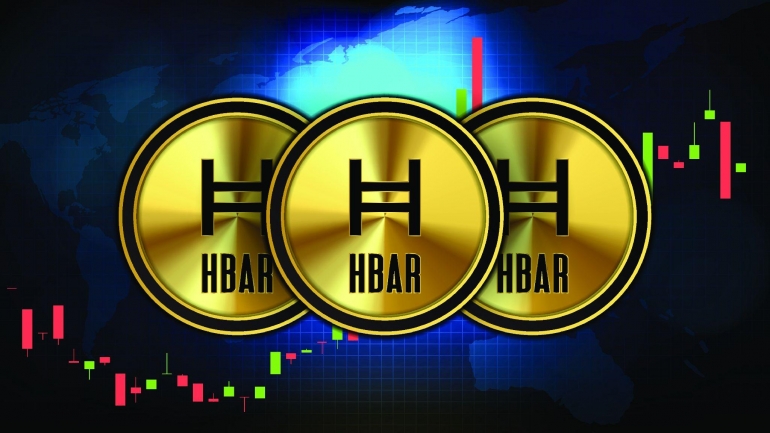 Blockchain is widely considered the future of infrastructure for financial transactions, and cryptos are racing to become front-runners. Many crypto start-ups are engaged in improving blockchain technology to make it more efficient and scalable.

Hedera is one such project that is looking to improve the efficiency of the blockchain. It was launched in 2018 with an Initial Coin Offering (ICO) followed by the launch of Mainnet in September 2019. Hedera uses a special kind of distributed ledger technology called Hashgraph, which the project claims is an improvement on other blockchains in terms of scalability, speed and cost.

Hedera is a public distributed ledger and is built to support new and existing applications running at a web-scale with the distinction of having a governing body. Public distributed ledger technology can be used for many things, such as creating and exchanging value, proving identity, and verifying and authenticating imported data, amongst others.

The functioning of Hedera is the same as other blockchains like Bitcoin or Ethereum, but due to its developed features, it works faster and is more energy-efficient, which is more secure and stable.

The Hedera public network is built on the “Hashgraph distributed consensus algorithm” and was invented by Dr. Leemon Baird and Mance Harmon, both of whom have a background of working in computer science. Dr. Baird, along with being a co-founder, is currently the chief scientist of the company.

Unlike a traditional proof of work blockchain, which selects a single miner to choose the next block, the community of nodes running the Hashgraph come into an agreement on which transactions are to be added to the ledger as a collective decision. The information-sharing protocol on Hedera is termed “gossip”, and the sharing of information is termed gossip-to-gossip protocol. Through gossip-to-gossip and virtual voting, the consensus is achieved about the value and timing of each transaction. If the transaction is valid and within the stipulated time, the ledger will be updated, and the transaction will be included in the ledger.

The Hashgraph boasts superior security; it is claimed that Hashgraph is ABFT—mathematically, the highest level of security for distributed systems.

Hedera is a relatively new project, but it has the backing of big companies like Google and Boeing, who are on the company’s governing council. The nodes selected to process transactions are chosen by the Hedera governing council, which is a group of 39 people or businesses that have invested in the blockchain. The current council members include Google, IBM, and LG, amongst others. All 39 seats on the council are not full, and some are yet to be occupied.

The makeup of the council is continuously changing, with no member allowed to continue for more than two consecutive 3-year terms. This would mean that many businesses who are currently on the council will not be there in 6 years’ time.

Every decision regarding Hedera is taken based on votes by the governing council members, like transaction value and time validation, and even security measures that the network takes. Thus, Hedera is not governed by a community of unknown developers and miners but follows a well-defined governance structure that greatly reduces the risks arising from disagreements between the miners, as is common in other blockchains.

Hedera can be used for 3rd party applications, and they form a critical aspect of Hedera’s utility. From a single developer to a startup or a Fortune 500 company, anyone can create and run Hedera-powered applications in the Mainnet.

The HBAR coin is used to power applications on the Hedera (HBAR) network. It can be used by the developers to pay for network services including management of fungible and non-fungible tokens.

The total supply of HBAR coins is limited to 50 billion, of which nearly 19 billion are already in circulation. The current price of the HBAR coin is $0.256019 (INR 19.17), and the total market capitalization is nearly $4.9 billion (Source: Cryptocurrency Prices, Charts, and Crypto Market Cap | CoinGecko[5] ).

The value of the HBAR coin has surged 7 times in the past year, but recently, there has been some erosion in the value. HBAR or Hedera coins can be purchased from any Cryptocurrency exchanges in India where you can purchase HBAR coins. The HBAR price prediction had been very high, and the coin is yet to achieve those predictions. Still, it has seen impressive growth in prices over the last year. To buy cryptocurrency in India like the HBAR Coin, you may register with a cryptocurrency exchange in India. Zebpay is one of the leading cryptocurrency exchanges in India, where you can trade in HBAR crypto. So don’t wait! Register on Zebpay if you are looking to take advantage of a faster and more efficient blockchain using HBAR.